Replacing Carrabba’s at Marketplace is…

‘Classic American Fare’ is on the menu 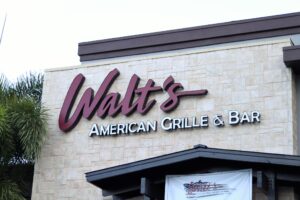 Walt’s American Grille & Bar, which has a popular dining spot in Boca Raton, will be filling the space vacated by Carrabba’s at Marketplace at University after the July 6, 2019, explosion ruined an entire strip of businesses.

The restaurant is part of the Nosnaws group, (Nosnaws.com) which is working to open three Big Whiskey’s, including one at Sawrgrass Mills. Walt’s opened about two years ago. Read an article here via an industry newsletter.

Nosnaws, known for owning nine IHOP franchises, has been in business since 1993, according to its website, and lists a Plantation address as its corporate headquarters. I figure we’ll be hearing more as Walt’s comes together.

My personal opinion is that I like to see something with a local angle, such as this Walt’s. I felt the same way when Legends took over World of Beer nearby.

For those interested in other upcoming Plantation restaurants (who isn’t!), here we go: 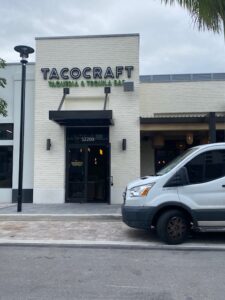 Kaluz on University Drive is slated for a June opening.

WaWa at Broward and Pine Island (yes, that counts) still needs approval by the city council, then construction will begin.

Maple and Cream, in the old Merritt flowers place in the north part of Plantation Walk, is still in the plans. The city council approved site plan modifications Aug. 26, 2020.

A smaller version of Rob’s barbecue in Davie is coming to the old Antonio’s Pizza site on Cleary just west of Nob Hill. The endeavor is part of Rob Scruby’s idea of offering barbecue in venues with a 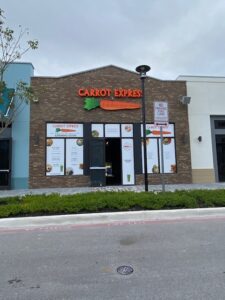 smaller footprint than his restaurant near State Road 84.

We’re also eventually getting a PDQ (chicken fingers) at the Publix on Cleary and a quick service chicken similar to Pollo Tropicale, called Pollo Campero, at 8220 W. Broward Blvd., near the new Aldi.

Also note that the city heard from residents interested in trying to find a way to keep Barnes & Noble on University, which has had to reduce its footprint in changing times. (Publix graciously will move into that space.) The Fountains has been mentioned as a possibility.