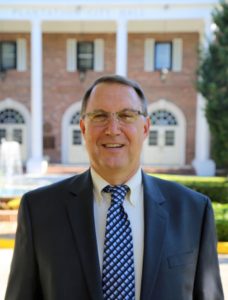 Nick Sortal is semi-retired after 35 years as a newspaper writer and editor, with 30 of those years dedicated to the South Florida Sun-Sentinel. He spent the majority of his career as a community news writer and editor, delving into the issues and topics most newsworthy to local residents.

He has a reputation for being fair – weighing every sides of an issue – and checked and re-checked information almost to the point of being annoying.

He also is known for having an excellent touch with people. His story, “A Wave for Grandpa Bob” was re-published in Chicken Soup for the Soul: Celebrating People Who Make a Difference. The Society for Features Journalism and the Florida Press Club also recognized him for such human articles as “A Walk in the Park,” about an old man’s daily strolls through Plantation Central Park.

He also developed a passion for recreation issues, earning a media excellence award from the Florida Recreation and Park Association in 2006. He developed a broad knowledge of water safety programs in the county, the Florida Recreational Development Assistance Program (FRDAP) grant process for municipal park development and the ins and outs of developing successful youth sports programs in a community. (He was named a Sports Ethics Fellow by the Positive Coaching Alliance at Northeastern University in 2009.)

His last years at the newspaper included entertainment coverage, including developing an expert’s knowledge on the complicated South Florida gambling rules and regulations.

Nick took a voluntary buyout from the Sun-Sentinel in November 2015 and signed a free-lance contract with The Miami Herald in December 2015. He also has part-time work as the professional adviser for the American Heritage School’s award-winning Patriot Post newspaper and is head freshman basketball coach at St. Thomas Aquinas High School. His basketball coaching continues a hobby he has pursued since 1990, as a freshman head coach and junior varsity and varsity assistant at Cardinal Gibbons High, St. Thomas Aquinas and American Heritage School. He merged his journalism and basketball passions in 2001 to write the book Basketball Tip-Ins: 100 Drills and Tips for Young Players, published by McGraw-Hill.

Meanwhile, he continues his hobby of triathlon racing, competing in 8 to 10 races each year. His daily routing of swimming, biking, running and yoga has kept him in excellent shape, to the point that he has completed eight 70.3 (half-ironman) triathlons, which consist of a 1.2-mile swim, 56-mile bike and 13.1-mile run. Yes, in the same day.

Nick has been married since 1993 to his wife Robyn, the first woman to become an assistant sports editor at the Sun-Sentinel and an honoree as one of Broward’s 100 Outstanding Women in 2014. They have three children: Diane, strategy officer at a local advertising company, who is married to a Nick, and they made us grandparents in January (baby girl); Michelle, a guidance counselor and BRACE advisor at the College Academy at Broward College;  and Aaron, a senior at Syracuse University studying business management and TV-Radio-Film. Internet bandwidth prevents us from bragging more about them. Robyn, Diane and Michelle are UF grads and proud Gators. Our kids attended Peters and Central Park elementaries, Plantation Middle School, Plantation High School and American Heritage.

Nick grew up in Herrin, Ill., where his father was the basketball coach and junior high assistant principal. A gym is named in Mike Sortal’s honor. Nick graduated from Southern Illinois University with degrees in mathematics and journalism and worked in Carbondale, Ill., Owensboro, Ky., St. Louis and Indianapolis before moving to Florida and a nearly 30-year career at the Sun-Sentinel.