The week in snapshots: 8 items related to Plantation 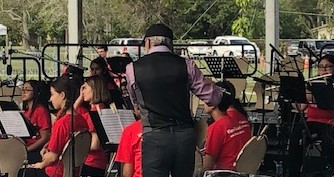 Schools, civic activities and a little bit of fun 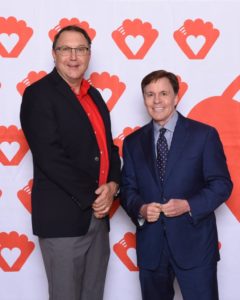 I was fortunate to see plenty of Plantation the past few days, with official events, meetings and some things that were a mixture of work and play.

Actually, things started last Friday, Feb. 7, when I attended the Joe DiMaggio Children’s Hospital Icon Award event, with special guest Bob Costas. During the photo op, I babbled that my son gave Costas’ niece a tour of Syracuse University (that’s true) and how an early job of mine was at the St. Louis Globe-Democrat, while he was getting his start covering the ABA Spirits of St. Louis. The line was long, so he didn’t have much to respond with.

Costas’ speech centered on the impact of Joe DiMaggio on our baseball psyche, but he opened by telling about the time a scout visit with Bob Uecker’s parents.

Uecker’s dad: “Well, we want him to play baseball, but we just don’t have that kind of money.”

Sunday was the inaugural Family Music Day in the Park at Plantation Heritage Park. Nestor Torres (the main picture, albeit his back) performed with the Florida Youth Orchestra. Mrs. Sortal and I brought our chairs, sat under a blue sky and had a nice, relaxing afternoon. I would have liked to have seen a few more people, but it’s our first year.

At the Monday, Feb. 10 meeting, the library’s reference expert, Tanya Field (pictured), spoke about the history of Valentine’s Day, including how the phrase “heart on your sleeve” came about.  But the big news is that the annual Friends of the Helen B. Hoffman Library author luncheon is from 11 a.m. to 3 p.m. Saturday, March 21 at the Jacaranda Country Club.

Friends of the Library meeting updates included word that the “Little Free Library,” free books in a small birdhouse-like structure, has expanded to six parks in the city. So, take a book, leave a book and let’s all get reading.

On Tuesday, two ceremonies at Plantation Middle School provided a nice display of how the school is seeking to recognize students and encourage them. I sat in for the Mentoring Tomorrow’s Leaders induction ceremony (pictured), followed by a tie-tying ceremony for the 5,000 Role Models of Excellence program.

The MTL program is featured in many of our county’s schools, and gives younger students a support system that is more relatable to them than something with just us adults. Meanwhile the 5,000 Role Models program was created in Miami-Dade and has expanded into our county. It’s for boys to hear from adults, including me, who encourage them that their dreams or possible. It was kind of a moment of symmetry for me when my random student approached me. He was a percussionist in the school band; I was a percussionist all the way through college.

Then came a quick lunch stop on Tuesday at the GFWC Plantation Woman’s Club was the spot for informative talks by Police Chief Howard Harrison and Fire Chief Don Todd.

Chief Todd revealed the department has now bought a fire cart (pictured) that seems to be ideal for rescuing people at say, big parks that host multiple sports games simultaneously.

Chamber and B-12 opening

Wednesday was the monthly Chamber of Commerce lunch (I forgot to take a photo), hosted by our Westside Regional Hospital and Plantation General Hospital. Their staff hosted a “Jeopardy”-type game, with chocolate bars as awards. You gotta remember, this was two days before Valentine’s Day. 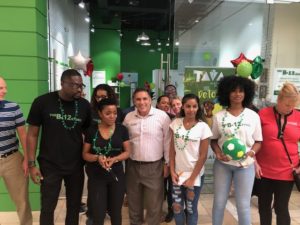 On Thursday, the Plantation Gateway committee met, working on ways to improve the businesses and atmosphere along State Road 7. These meetings are open to the public and I encouraged interested people to attend. Then it was off to the Broward Mall for a ribbon-cutting ceremony, at B-12, not far from Macy’s. The store provides B-12 shots and other health enhancements.

And Friday was Valentine’s Day. Our granddaughter came over, I did some work from home, and my streak of photo ops for this newsletter came to an end.

Nick Sortal is President of the Plantation City Council. This newsletter originates on NickSortal.com.