Sewage (and more) in good shape in Plantation 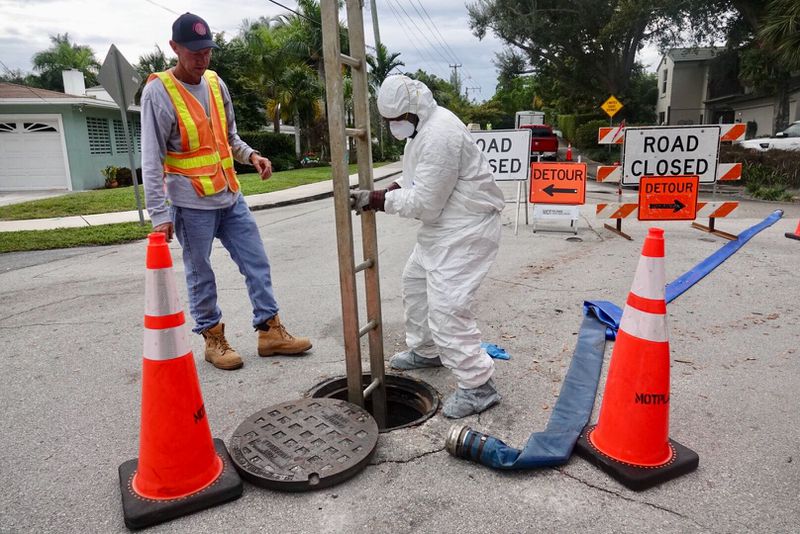 Ever since sewage reports from Fort Lauderdale hit the news, other leaders and I have wondered: “Could it happen here?”

Well, there is no such thing as zero probability. But Utilities Director Steve Urich explained at Wednesday’s Plantation City Council why we are comfortable with our infrastructure. He was part of an overall presentation that included other updates, that, yes, came to the surface after the sewage travesty in Fort Lauderdale.

To wit, Urich notes that the city has completed using $30 million from a 2013 note to catch up on maintenance. We also have a maximum pipe of 30 inches, installed in 1986 and made out of much more modern materials than the 54-inch pipe that burst in Fort Lauderdale – and was 70 years old. That one was made out of cast iron, and on top of all the other challenges, saltwater intrusion is chipping away at pipes nearer the Atlantic Ocean.

“And we recently checked our main and it looked almost brand new,” Urich said.

Money from our 2016 bond is being used right now to restore six older areas of the city that needed stormwater drainage updating. They hope to use money from the 1-cent transportation surtax Broward voters approved in 2018 to resurface roadways. Same goes for the 18 bridges the city is responsible for.

The presentation is available online as part of our regular meeting video at the one hour, 35 minute mark. I’d suggest take a few minutes and view it for yourself. Click here http://plantation.granicus.com/player/clip/542?view_id=2.

The city council approved money to restore two multi-use recreational trails (MURT) in the city, using money from the 2016 bond.

Since being elected in November 2018, I have heard requests from the public that the city take steps to restore these trails, which took a hit during Hurricane Irma. I’m glad it made the list to get done now.

Honor Flight will be back at South Plantation High School for another Virtual Honor Flight on Wednesday, Feb. 12.

This is a special night for veterans who are hesitant or medically not ready for all-day trip to Washington D.C.  or served during “non-combat eras” in between World War II and the Korean War or in between Korea and Vietnam.

Volunteers replicate the Honor Flight experience with a dinner, a USO-type performance, a movie about the typical day in Washington and the usual surprises.

Invited veterans can each bring one guest. The Virtual Flight nights have the same excitement and emotion of an actual flight day. Residents are invited to join the celebration and encouraged to be in the  South Plantation High auditorium by 5:30 p.m.

World War II, Korean and Vietnam veterans can register for a free flight to Washington at www.honorflightsouthflorida.org. Each veteran is accompanied by a guardian, who pays $400 for round-trip airfare, meals, buses, police escort and memories of spending a day with a veteran. Anyone interested in serving as a guardian can also register on the website.

The city of Plantation will host its first  Martin Luther King Jr. Day celebration on Monday, Jan. 20 from 10 a.m. to 2 p.m. at the Jim Ward Community Center, 301 NW 46th Ave. Music, speeches, food and family entertainment are part of the day, which is sponsored by Baptist Health.

This newsletter originates on NickSortal.com and is shared on social platforms. Nick Sortal is president of the Plantation City Council. Contact him at NSortal@Plantation.org or 954-498-5337.