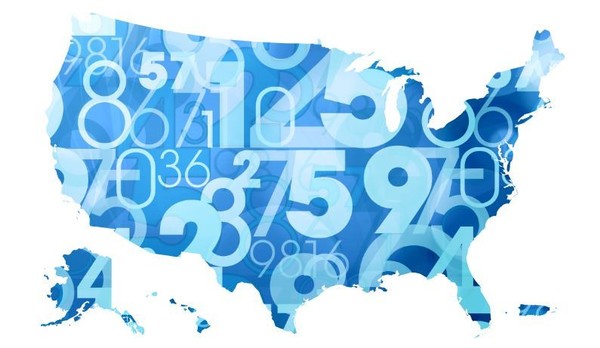 Help Broward get the full count (and funding)

The 2020 U.S. Census is not far away, and Broward leaders are taking measures to make sure everyone is counted.

County Commissioner Nan Rich filled in attendees recently at a Hispanic Vote gathering, noting that a complete count is vital to receiving all of our rightful funding. About $675 billion nationwide over 10 years is disseminated from the federal government, which equates to approximately $1,445 per capita for the next 10 years in federal funds for schools, Head Start, hospitals, roads, emergency preparedness, Children’s Health Insurance, Medicaid and more. And, whether that person is counted or not, they are consuming public resources. So, we need a complete count.

That could be tougher this year in South Florida because a.) about 90 percent of the Census will be online, making it difficult for our senior population (85-plus is a rapidly growing segment) and b.) There is an ongoing issue of whether President Trump will get his way in requiring that the census carry the question “Are You a U.S. Citizen?” You don’t have to be a citizen to be counted, but those not here completely legally likely will worry they are outing themselves to government – although census responses are supposedly confidential.

So, to that end, the County has formed the following committees: City-County Coordination; Cultural and Ethnic; Hard to Enumerate; Promotions; Recruitment and Training and Faith-based Institutions

More information can be found at www.Broward.org/Census2020.

Cycling group leaders and Sunrise police gathered about two weeks ago for a “Bicycle Safety Summit,” partially in response to the deaths of two riders on S.R. 84 during Thanksgiving week. The idea was to begin a dialogue, share ideas and explore ways to make all of the area’s streets safer.

Sunrise Mayor Mike Ryan and I also attended, although Ryan is quick to point out that this created to be a low-profile initial discussion. Sunrise is respectful of other municipalities and the gathering was very much a baby step. (I invited myself after hearing of the gathering from a fellow cyclist during a ride at Markham Park.)

Some ides I have after attending include considering a bike/pedestrian/transportation board for Plantation, making sure we serve not only cycling groups but those who cruise the neighborhood or use a bike for primary transportation; and placing portable electronic signs in strategic areas, advising motorists to share the road.

The Mayor asked for a special city council meeting, which will be at 5 p.m. Monday at City Hall. We are discussing hiring our next city attorney. It’s open to the public.

The Charter Review Advisory Board meets at 7 p.m. Tuesday at City Hall. I have a conflict so likely won’t be there. But it’s darn interesting what they are doing.

The Gateway Advisory Board, focused on improving the area along State Road 7, meets at noon Thursday in our public services building.

City things to do

Parks and Recreation hosts a Senior Health Expo from 9 a.m. to noon Friday at Volunteer Park, 12050 W. Sunrise Blvd. There will be vendors, health screenings, exercise demonstrations and more. Call Jack Takacs at 954-585-2345.

My events this week

At 10 a.m. Tuesday, I and other Chamber of Commerce members will be attending a ribbon-cutting for a new AT&T Call Center at 8650 W. Oakland Park Blvd. Yes, I know it’s Sunrise, but we are showing support. I’d think they’d do the same for us.

Council members are attending a “Get to Know You” Session with the GFWC Plantation Women’s Club, starting at about 11:15 a.m. Tuesday at Deicke Auditorium. They’re telling us it’s less about issues and more about who we are. I’m good with that.

Plantation Chamber members are inviting the public to a ground-breaking for the new Starbucks on the southeast corner of Broward and Pine Island at 11 a.m. Tuesday. The entire property on that corner, which has been in disrepair, is being leveled. The Chamber also has its monthly meeting at 11:30 a.m. at Jacaranda Country Club. Plantation General Hospital is the host this time. Note: the Hospital CEO Barbara Simmons is my appointee to the Midtown Advisory Board.

Also, everyone please note that Valentine’s Day is coming up Thursday, and our county will be focused on the one-year anniversary of the Stoneman Douglas High tragedy. The Broward School system has canceled some sports for Thursday and Friday and other school activities likely will be curtailed.