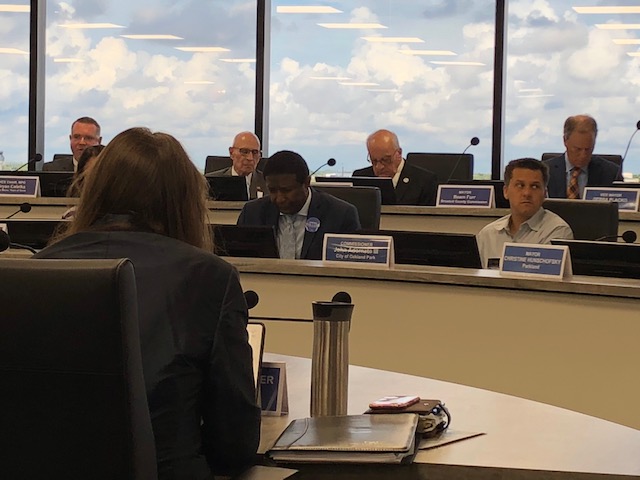 I spent Thursday morning on an atypical field trip: attending a meeting where county leaders discussed the proposal to raise county taxes another 1 percent to fund road projects.

My interest as a prospective council member is finding out what the 1-cent surtax on the Nov. 6 ballot means to Plantation. The Broward County Commission is driving the proposal, and its plan is to loop in the municipalities by helping fund a wish list for new projects. The penny surtax would last 30 years and there are 709 projects already approved for the list, including some for Plantation.

Not all municipalities are buying in. Most notably, Bryan Caletka of Davie, refers to the request for municipalities’ involvement into a plan that he called a “shotgun marriage.” Another MPO member called it “blackmail.” That’s because if a city doesn’t support it, a municipality’s funds could be delayed.

I am against the 1-cent tax. First off, the light rail project, the crux of the tax, is questionable whether it will alleviate traffic that much. And it’s a technology that likely will be leapfrogged by subsequent technologies. I also don’t like the idea of a 30-year tax; the commissioners proposing it will be long gone, and so will the accountability. It also will cost us a lane each along Broward and along University.

For more details on the ballot question, go to www.broward.org/pennyfortransportation.