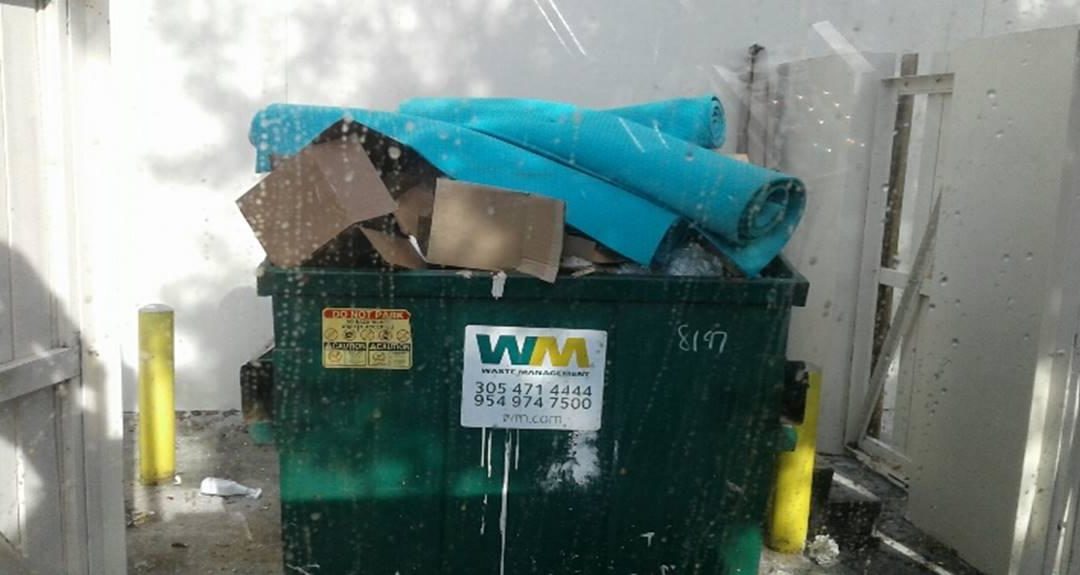 The city of Plantation on Aug. 28 approved a program created by Waste Management, called C.L.E.A.N. The idea is to ensure well-maintained and proper use of waste and recycling containers.

Waste Management, which contracts with the city for our garbage services, has used the program in other municipalities, such as Parkland, Lighthouse Point and Cooper City. Businesses with overflowing trash bins – i.e., too much stuff so the lid can’t be closed, or even trash strewn all around a bin – will get a surcharge of $200 on their bills.

Waste Management takes photos as evidence, then disposes of the trash. There is a max of $800 per month per customer. And for those of you who question whether late-night trash dumpers, trying to avoid buying blue bags, could be culprits, Waste Management representatives have a response: The green bins have locks; it’s just a matter of using them.

Also approved during the Aug. 28 meeting:

Gun range:  Construction work will begin soon on a new gun range for the Plantation Police Department. Money for the project comes from a 2016 bond that city voters approved. The Police Department Firearms Training Center was built over 30 years ago, suffering from ventilation issues, numerous structural stress fractures, and water intrusion from the roof and walls, a staff report says. The gun range helps police maintain State Firearms Certification for all officers and will be used for simulated training exercises for SWAT, Narcotics units and other specialty teams.

Shuttle service: The city council authorized a community shuttle bus service agreement with Broward County Transit, using money from the 1-cent surtax Broward voters approved in November 2018. The service will integrate with City of Lauderhill, Town of Davie and Broward County regional transit systems. There will be East, West and Midtown routes, all paid for with county money.

Charter update: The city council and Mayor Lynn Stoner completed the second of two workshops to discuss the city’s charter, which was written in 1953 but has never been reviewed. A volunteer board, appointed in 2018, worked about a year on the review. The board presented a complete rewrite to the council and the mayor, and after discussion there was a consensus to use the new document as a starting point. We have until early 2020 to iron on the details and get a referendum on the ballot for later in the year.

Yoga In the Park returns, at 9 a.m. Saturday and Sept. 14 at Liberty Tree Park. It’s free, but bring a mat, water and towel.

Plantation’s Glenn Ogden, who has written several historical fiction novels with Civil War themes, will speak at 1 p.m. Saturday, Sept. 7, on the history of the artillery at the Plantation Historical Museum. He served as an artillery officer in the U.S. Army with tours of duty in Vietnam and Germany, his bio notes. He retired from the U. S. Army Reserve in the rank of Lt. Colonel and held several Human Resources positions in the communications industry.

The city’s Education Advisory Board meets at 7 p.m. Monday, Sept. 9. Leaders from Plantation schools have been showing up and giving updates as we try to work better with our leaders. Whether you’re a school employee or “just” a regular citizen who cares about education, it might be worth your time.