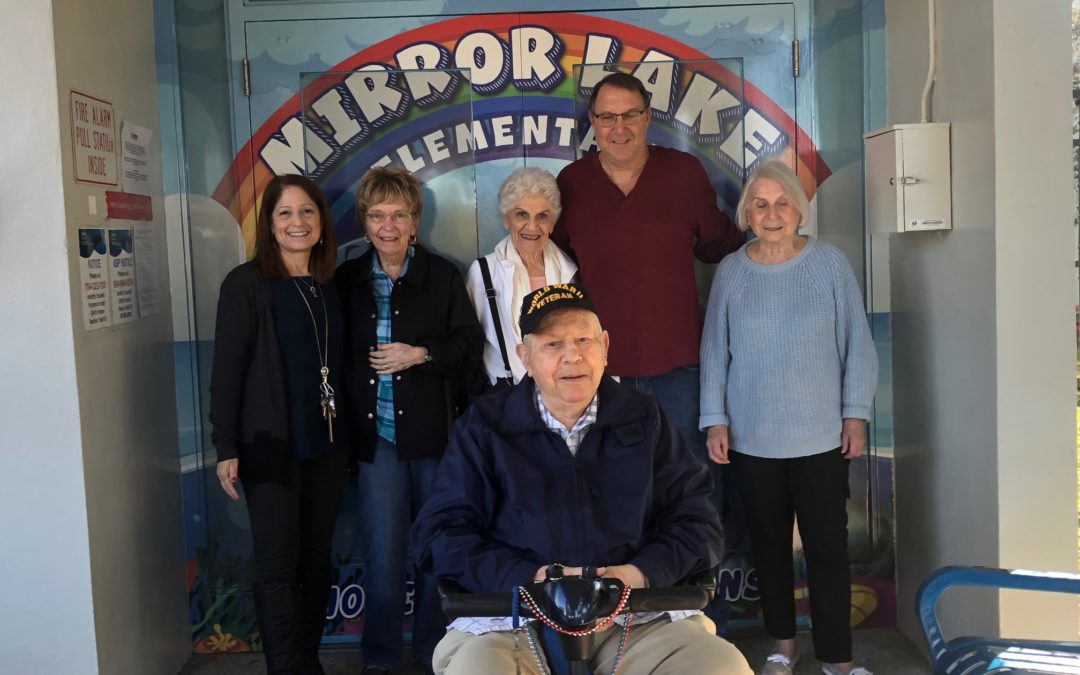 They took me up on my offer to get involved 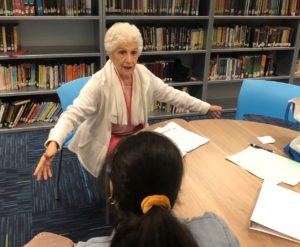 The vehicle pulls up outside Mirror Lake Elementary and debarking begins. But these aren’t children. Far from it. Three have silver hair, and the fourth travels by electric wheelchair.
Each Monday, volunteers from Five Star Premier Residences in Plantation ride the center’s bus to elementary school, where they quickly scatter to their duties. On this day, one helps the speech teacher, two have special classrooms and the fourth works with debate students.
“I’d like to say they need us, but sometimes I think we need them more,” says Jerry Brill, 97, as he settles in to read a book with a student from Cynthia Boggus’ third-grade class.
Fellow resident Pat Babitz ends up in the media center (she calls it “the library”) and coaches the speech and debate students preparing for an upcoming event.
“Pro-ject!” she encourages, standing at the back of an imaginary room. When a girl talks about her shyness, Babitz responds, “I don’t think you know how good you are.”

My plan is executed

The volunteers come each Monday, and this is the paragraph where I get to brag. I took my computer and explanatory cards to the Five Star meeting room back in August and explained that I wanted more volunteers in Plantation public schools. I signed up those willing, about a dozen, and as soon as they were cleared the 5 Star staff has made sure they had a ride to Mirror Lake and their biggest fan, Principal Marlin Veliz.
“I love them,” she said. “And you can tell they love being here.”
On this day, speech therapist Nancy Ribbler has assigned filing chores to her Monday regular, Natalie Levine. And Aileen Rubenstein, who works in Mrs. Sastre’s first-grade class and Mrs. Forster’s art class, is reading with her standard acquaintances, who entered into the media center, slightly confusing her for a second.
“I know these guys!” she says, and some students walk over to greet her.

Veliz, the principal, says it’s evident the volunteers and the students have bonded. In Mrs. Boggus class, for example, two students did a report on “The Experiences of Mr. Jerry.”
I really don’t know how this guy has so much knowledge and he didn’t have electronics at all!
When I heard him say he was 97 years old, in my mind I screamed ‘WHAT!!!’
I’m still looking to connect groups of willing volunteers with interested schools. Email me at NickSortal@BellSouth.net or call 954-325-0504.
Nick Sortal is president of the Plantation City Council.