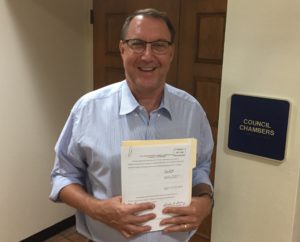 Nick Sortal, a Plantation city council member known for being active in the community, has filed for re-election. The vote is on the Nov. 3, 2020, general election ballot.

Sortal has worked diligently communicating with residents, has improved the city’s relationship with public schools and has promoted a spirit of cooperation during council meetings since elected in November 2018.

“I’ve loved helping our residents and guiding the city’s business for the past 18 months and have many goals in mind want to keep improving Plantation the next four years,” Sortal said.

The 2020 citywide election has a total of three seats open, for four-year terms: Ron Jacobs is in Group 3; the passing of Mark Hyatt has created a vacancy in Group 4 and Sortal sits in Group 5, winning a two-year term after that seat became vacant. All seats are citywide.

Sortal, who currently serves as council president, has visited about a dozen homeowners’ associations to gather boots-on-the-ground information. He shares news of city council meetings and other city happenings via his weekly newsletter on NickSortal.com and Facebook.

As a way to improve communications between the city and Plantation’s schools, Sortal pushed for the reinvigoration of the Education Advisory Board. Sortal has attended many school events, even picking up the cymbals to play with the Plantation High School band. A recent addition to the Take Stock in Children board of directors, Sortal has helped that organization work with Plantation Middle School and Seminole Middle School in an attempt to increase volunteer support.

He is also especially proud of the connection he created between 5 Star Senior Living in Plantation and Mirror Lake Elementary. Sortal visited the adult residence, computer in hand, and registered about a dozen residents at BrowardSchools.org/Volunteer. Now 5 Star takes a busload of residents each Monday to Mirror Lake, where they work as school volunteers and aides. 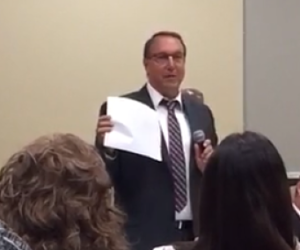 Sortal has also been a co-chair of the city’s Complete Count Committee, created to increase census responses in the city. He has served on the city’s firefighter pension board and is now on the general employees’ pension board.

He also has attended educational conferences with the Florida League of Cities and the Broward Water and Climate Academy, while also keeping in touch with the Plantation Chamber of Commerce, the Plantation Friends of the Library and many of the city-appointed boards that specialize in such things as parks, State Road 7 and Plantation Midtown.

Sortal, 61, was a writer and an editor for the South Florida Sun-Sentinel from 1985-2015. He freelanced for The Miami Herald and other publications since then and serves as the professional advisor for the newspaper at American Heritage School. He also has been an assistant high school basketball coach for 30 years, serving at St. Thomas Aquinas, American Heritage and Cardinal Gibbons.

Sortal has opened his campaign account and is mapping out his expenditures. You can donate via NickSortal.com/donate.