Plantation: No districts and non-partisan

Here are answers to some common questions about the city’s municipal election.

I’m ready to vote. Does it matter what part of the city I live in?
No. All races are citywide. Those elected represent the entire city.

How many people will I be voting for in Plantation races?
A total of four in the 2022 election. There’s the mayoral race, and Group 1 and Group 2 are up for a four-year term again. Because I vacated Seat 5 to run for mayor, you will also pick someone to finish out the remaining two years of my term.

Which candidates are Democrats and which are Republicans?
All city races are non-partisan. Candidates are not supposed to reveal their party to voters, but one or the other of the political parties can provide voters with a list of preferred candidates, connecting the dots.

Where will I find the Plantation election on the Nov. 8 ballot?
We likely will be the last item on the ballot. In each group the candidates are listed in alphabetical order.

How do candidates become candidates?
Anyone who has been a Plantation resident for at least a year and is 21 or older could have filed to run. The deadline week, also known as “qualifying,” is from June 13-17, 2022. Those wishing to run write two checks, one for 1 percent of their salary and the other for $250, to help offset the expense of conducting an election. 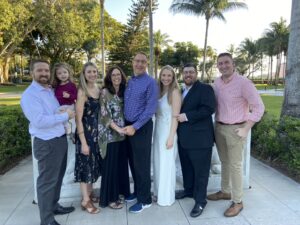 So there is really no difference between the groups?
Correct. Think back to when Plantation was formed, in 1953. It was a smaller town, with virtually nothing west of University Drive – or even close to University Drive. There was no need for the quadrant-type of setup now popular in Fort Lauderdale, for example. Creating districts was discussed in 2019 by a charter review committee created to work on many elements in our city’s 1953 founding document. But creating districts were not among the committee’s recommendations. A significant number of changes, however, are proposed to the charter and you will be voting on that in the Nov. 8 election as well.

Didn’t the elections use to be in the spring?
Yes. The city conducted its municipal elections separate from the November voting for state and national offices. It created some “space” for the candidates, who did not have to compete for residents’ eyeballs with the bigger races. But it also was more costly; roughly $60,000. So the first November election for city offices came in November 2016.

How do I register?
Go to RegisterToVoteFlorida.gov. The deadline is 29 days before an election. And I’d really appreciate it if you voted for me.

Political advertisement paid for and approved by Nick Sortal for Plantation Mayor.